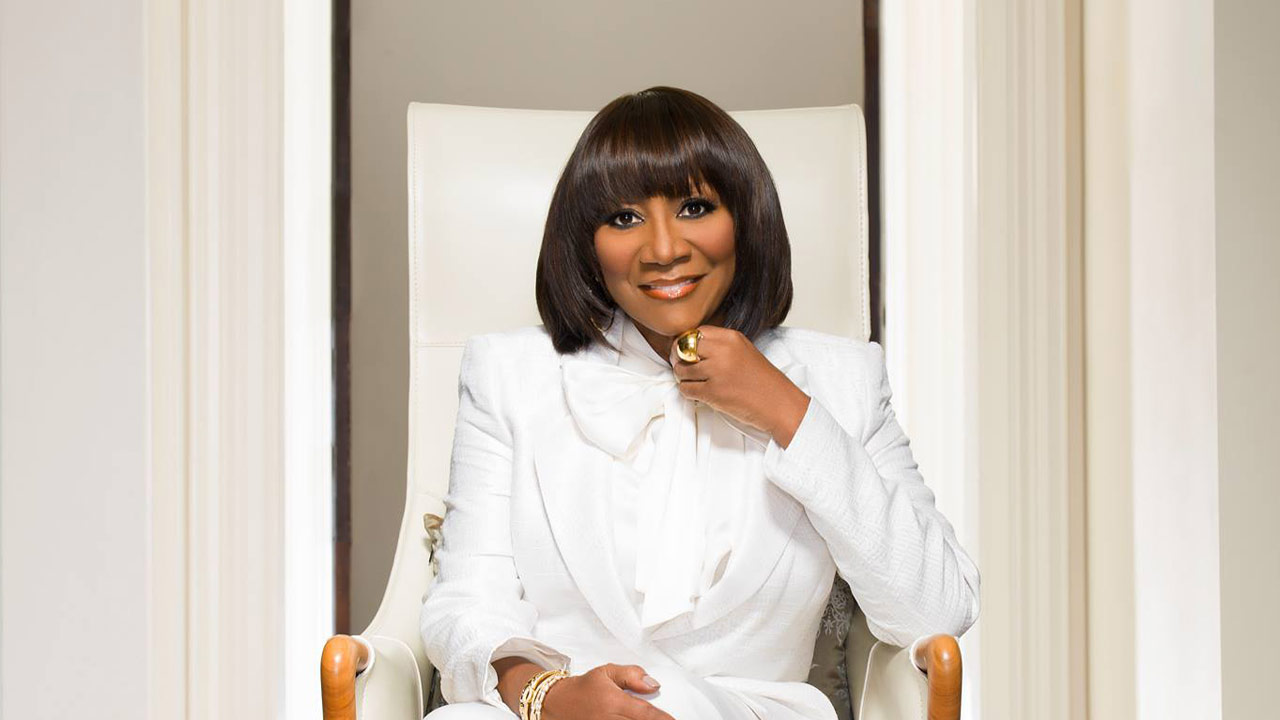 Beautiful, simply does not describe the incomparable force known to the world as Patti LaBelle. As time continues to evolve, the soulful songbird’s name has become synonymous with grace, style, elegance and class.  Belting out classic rhythm and blues renditions, pop standards and spiritual sonnets have created the unique platform of versatility that Ms. Patti is known and revered for.

In 2009, she reunited with Sarah Dash and Nona Hendryx for the first time in 30 years for the critically acclaimed Labelle reunion album, Back to Now.  It’s a small wonder that Patti has time for anything else in between recording and touring, but she makes time and the world is oh so happy that she does!

In November 2008, Patti released her fifth book and third cookbook, Recipes for The Good Life, and an instructional cooking DVD, In the Kitchen with Miss Patti. The cookbook features recipes and anecdotes that reflect Patti’s philosophy that good cooking and the love of entertaining come from the heart.  More recently, Patti introduced a line of signature sauces and marinades called Patti’s Good Life and launched a designer bedding collection, Patti LaBelle Home.

In addition to her amazing career as an entertainer and entrepreneurial success, Ms. LaBelle’s work as a humanitarian is just as legendary. She remains an advocate for adoption, foster care, Big Sisters and the United Negro College Fund, among many other initiatives.  While Ms. LaBelle’s celebrated 50 + year career is respected world-wide, she has also endured and survived personal strife. Within a 10-year period, she lost her mother, three sisters and best friend to diabetes and cancer. In 1994, LaBelle was diagnosed with diabetes and shortly thereafter became a spokesperson for the American Diabetes Association.

The same motivation that had Patricia Louise Holte blossom from a choir member to lead vocalist for Patti LaBelle & The Bluebelles and later Labelle, to a solo artist is the same energy that keeps her fire burning at six-three years young. “Each year I grow, and that’s a blessing from God.  I do what I can do.  I do what I feel God has given me the energy to do, so I just go out there and I do it…It’s not about making money because I don’t need money, but I need to sing.  With a voice or without, I’ve got to get on that stage.”  And the world is thankful that Ms. Patti’s voice sounds so good to our ears.