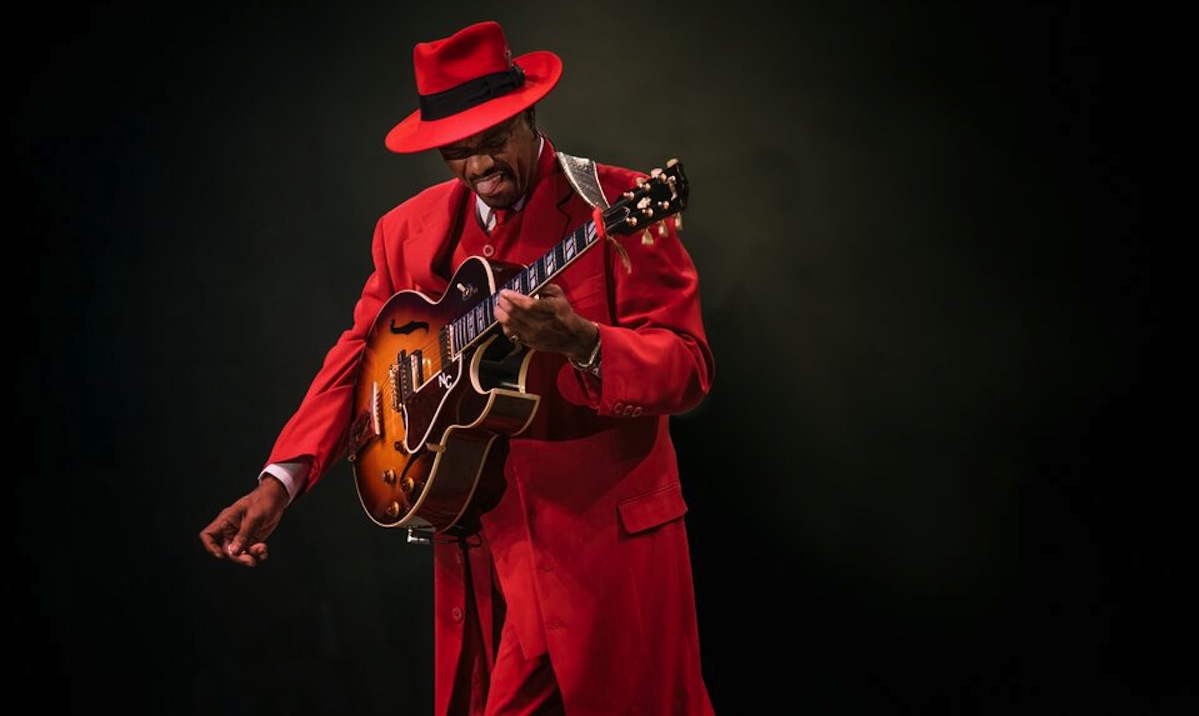 Red-hot guitarist and vocalist Nick Colionne continues his blazing success in 2016. BET Jazz has described him as “one of the most exceptional performers to come along in a long time.” His newest CD, “INFLUENCES” a musical journey of self re-discovery, offers a palate of moods and flavors born of life experiences, challenges, and the effect of the people past and present who have helped shape and mold his sound, and promises to give fans more of what they expect from the talented Colionne.

Long known for his dynamic, musically eclectic live performances, “Influences” demonstrates his dynamic command of the guitar, rich baritone vocals, and varied music styles, all of which make this latest CD a reflection of why he is a true force when performing in concert. His long string of Top 10 hits from his previous CDs is a testament to his musical talent.

Nick is frequently referred to as “the best dressed man in jazz”, and he enjoys an on-going endorsement from the men’s designer line Stacy Adams, as well as longtime endorsements with Epiphone Guitars, Gibson Strings and Accessories, and AKG Electronics.

The Chicago native learned to play guitar at 9 from his step-father, was a touring pro by 15 and as a teenager he honed his skills playing with R&B legends the Staples Singers, Curtis Mayfield, The Impressions, Natalie Cole and more. He worked with numerous successful groups before deciding to step out front and center and hasn ́t looked back since.

Colionne has toured all over the world but his passion is mentoring children – he is in his 18th year of same at the St. Laurence K-8 School in suburban Elgin, IL. He has also developed a special music curriculum for the Florence B. Price Elementary School for the Performing Arts in Chicago. Nick ́s charity work is on-going and generally quiet, but in 2009 he joined forces with Epiphone Guitars, Wine and Jazz Magazine and Tobin James Winery in a national campaign to benefit breast cancer research, and in 2010 he invited his sponsor Stacy Adams to participate in Suited Up For Success, a program with the Urban League of the Carolinas to benefit men re-entering the workforce. Stacy Adams has endowed “his” school, St. Laurence, with a music scholarship in his name to help needy students as well as dedicated a scholarship in Nick’s name to the Dr. Martin Luther King Jr. Scholarship Awards in Milwaukee, WI.

It’s no surprise that Nick Colionne’s sustained chart-topping radio history and his incredible live performances, infused with his unique and soulful styling of jazz, funk, R&B and blues along with his rich vocals and engaging stage personality, have made him a force to be reckoned with.